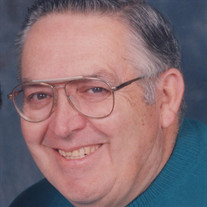 William "Bill" John White III, age 81 of Millville, passed away Saturday, January 28, 2017, after a brief illness. Born and raised in Millville to the late William, Sr. and Rachel White, William graduated from Millville High School, Class of 1955. He went on to serve our country in the U.S. Air Force from 1955 to 1968 during the Vietnam War as a Staff Sergeant, and then worked at the Chiguola Cotton Mill in Greenville, S.C. for many years, and retired. William then returned to Millville in 2005 to be with his family. He enjoyed fishing, crabbing, and spending time with his friends at the Millville Senior Center. He loved watching The Weather Channel and sports, especially the Phillies, Yankees, Eagles, and Sixers. He especially enjoyed arguing about sports with his great nephew, John. William will be sadly missed by his great nephew John Matthews III and wife Kelly, and their children LJ and Jayden of Millville; brother in law Dewey Sutton; two sisters in law Genella Tomlin and Martha Tomlinson; many nieces, nephews, and cousins, and his dog, Buddy. He was predeceased by his wife Lura Mae (Sutton) White; two brothers in law Noah Sutton and Dale O. Tomlinson; niece Lisa Tomlin; sister in law Joyce Gore, and mother in law Nellie Sutton. Funeral Services will be conducted on Friday, February 3, 2017 at 11 a.m. in the Christy Funeral Home, 11 W. Board St., Millville. There will be a viewing from 10 a.m. to 11 a.m. in the funeral home. Burial will be in Greenwood Memorial Park, Millville. In lieu of flowers, the family requests memorial donations to the Millville Senior Center, 1500 S. 2nd St., Millville, NJ 08332. Memories and expressions of sympathy for William John White III may be shared on the Obituary Tribute Wall at: www.christyfuneralservice.com.

The family of William John White III created this Life Tributes page to make it easy to share your memories.