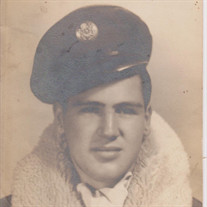 William Douglas Ruth (“Mailman Bill”), age 89 of Millville, passed away peacefully Friday evening, May 3, 2019 with his family by his side. Born in Philadelphia, Bill grew up in Salem. After leaving high school, he joined the United States Army Air Corps. In 1950 he met his wife Irene at a local dance. They Married in November of 1951, settling in her hometown of Millville to raise their family. Bill started working for Wheaton Glass Co., then for Armstrong Cork Co. before settling into his career with the United States Postal Service as a Letter Carrier. He eventually became the local Union Shop Steward for NALC. He advanced in the union, serving on the Executive Board of the New Jersey NALC, and went on to serve as the National Business Agent for Congressional District #2. After retirement, he drove a Limo for 10 years, which took him on many adventures. Bill was a member of the American Legion Nabb-Leslie Post 82 of Millville where he was a Past Commander. In his younger years he served as an assistant scoutmaster for BSA troop #4, Millville. He enjoyed boating, water skiing, bowling and playing cards with friends. Many locals learned how to water ski while out on his boat. Bill will be sadly missed by his wife of 67 years, Irene (Ore); three children, Douglas Ruth and wife Fran of Palermo, Terry Adams of Windsor, CO., and Barbara Poley and husband David of Mays Landing; three grandchildren, Jasmine Coppin, Christopher Fixler and Stephen Fixler; and great-grandson Donato Coppin. He was predeceased by his father Nelson Ruth and his mother and step-father Lora (Everingham) Holton and Charles; and one son William K. Ruth. Funeral Services will be conducted at 11:30 am on Thursday, May 9, 2019 in the Christy Funeral Home, 11 W. Broad St. Millville. Family and friends will be received on Thursday from 10 to 11:30 am in the funeral home. Burial will be in Mt. Pleasant Cemetery, Millville. The family requests memorial contributions to the American Legion Nabb-Leslie Post #82, 220 Buck St. Millville, NJ 08332. Memories and expressions of sympathy for William D. Ruth may be shared on the Obituary Tribute Wall at www.christyfuneralservice.com.

William Douglas Ruth (&#8220;Mailman Bill&#8221;), age 89 of Millville, passed away peacefully Friday evening, May 3, 2019 with his family by his side. Born in Philadelphia, Bill grew up in Salem. After leaving high school, he joined the... View Obituary & Service Information

The family of William Douglas Ruth created this Life Tributes page to make it easy to share your memories.

Send flowers to the Ruth family.