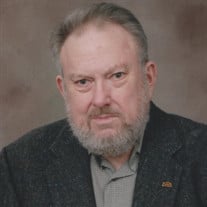 William "Bill" Arnold Weckstein, age 70 of Millville, passed away peacefully at home on Monday morning, August 21, 2017 after a lengthy illness. Born in Irvington and raised in North Jersey to the late Abraham and Helaine (Arnold) Weckstein, Bill graduated from Lawrenceville Academy, Class of 1964. He went on to receive his Bachelors and then his Masters Degree in Environmental Protection and Radiation from Rutgers University. While attending Rutgers, Bill met his wife, Carrie, and they were married in 1972 and moved to Philadelphia. Bill and Carrie shared over 45 years of marriage together. For ten years, Bill taught Middle School science and math at the Germantown Academy. He will always be remembered for teaching with a boa constrictor hanging around his neck to get the attention of his students. He also taught science at Fordham College in NY and locally at Cumberland County College as well, after settling in Millville with his family. Bill retired in 2004 after spending over 20 years at PSE&G, where he worked in radiation protection. He also was a trainer for PSE&G in emergency planning with Cumberland County Emergency Management, and worked closely with many local area fire departments for emergency preparedness. Bill was a member of the National Association of Science Teachers and the Nuclear Regulatory Commission. He enjoyed woodworking, playing bridge, and was a true expert at creating countless magnificent Lego creations. Most of all, Bill treasured the time that he was able to share with his family. Bill will be sadly missed by his wife, Carole "Carrie" (Hunter) Weckstein of Millville; his son, Michael Charles Weckstein and wife, Dana of Edgewater, MD; and his grandson, Ryan Weckstein of Downingtown, PA. Services will be private at the convenience of the family. The family requests that donations in Bill's memory be made to the Cumberland County SPCA, 1244 N. Delsea Drive, Vineland, NJ 08360. Arrangements are under the direction of the Christy Funeral Home, Millville. Memories and expressions of sympathy for Bill Weckstein may be shared on the Obituary Tribute Wall at www.christyfuneralservice.com.

William "Bill" Arnold Weckstein, age 70 of Millville, passed away peacefully at home on Monday morning, August 21, 2017 after a lengthy illness. Born in Irvington and raised in North Jersey to the late Abraham and Helaine (Arnold) Weckstein,... View Obituary & Service Information

The family of William "Bill" Arnold Weckstein created this Life Tributes page to make it easy to share your memories.

Send flowers to the Weckstein family.