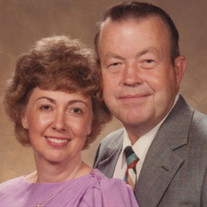 William "Bill" Charles Swartz, age 80 of Millville, passed away peacefully, surrounded by his loving family early Wednesday morning, January 3, 2018.  He had been in declining health.   Bill was born and raised on a farm near Hughesville, PA to the late Carlton and Ethel (Charles) Swartz.  He graduated from Hughesville High School, Class of 1956, and then moved to Millville on September 27, 1958, which is where he met and married his wife, Lois J. (Pangburn) on October 3, 1958. They shared over 59 years of marriage together.   Bill worked for over 42 years at Armstrong Cork Company, and then Foster Forbes / Ball Foster as a journeyman, a machine operator, and retired as a supervisor when the plant finally closed its doors.   Bill had a tremendous work ethic and accomplished many great things throughout his life, such as building his own beautiful home for his family with his own two hands.  Bill was a very quiet and humble person, and if people told him that he could not accomplish a certain task, he time and time again would prove them wrong and always found a way to get the job done, no matter how slim the odds.   Bill loved fishing out on the Delaware Bay, and he was deeply devoted to his family, enjoying every minute that he was able to share with them.    Bill will be sadly missed by his wife, Lois, of Millville; two daughters, Colleen Thompson and husband Michael of The Woodlands, TX and Connie Swartz of Millville; one son, Steven Swartz and wife Sandra of Millville; six grandchildren, Andrew Thompson, Cory "CJ" Crawford and wife Jenny, Heather Beasley and husband Nicholas, Sara Swartz, Isaac Swartz, and Lilly Swartz; four great grandchildren, Cory "CJ" Crawford, Jr., Conner Crawford, Addison Beasley, and Carter Beasley; one nephew, Randy Swartz of Ocala, FL; and one niece, Yvonne Winters of Williamsport, PA.  He was predeceased by one brother, Stanley K. Swartz, who passed away September 27, 2015.   Funeral Services for Bill will be conducted on Friday, January 12, 2018 at 11:30 a.m. in the Christy Funeral Home, 11 W. Broad Street, Millville.  There will be a viewing from 10:30 a.m. to 11:30 a.m. in the funeral home.  Burial will be in Mt. Pleasant Cemetery, Millville.   Memories and expressions of sympathy for William Swartz may be shared on the Obituary Tribute Wall at: www.christyfuneralservice.com.

William "Bill" Charles Swartz, age 80 of Millville, passed away peacefully, surrounded by his loving family early Wednesday morning, January 3, 2018.  He had been in declining health.   Bill was born and raised on a farm near Hughesville, PA... View Obituary & Service Information

The family of William "Bill" Charles Swartz created this Life Tributes page to make it easy to share your memories.

Send flowers to the Swartz family.