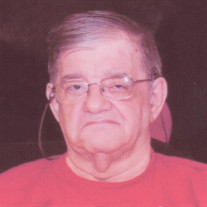 Wayne D. Todd Sr., age 69 of Vineland and formerly of Millville, passed away Thursday, December 3, 2015 at the NJ Veteran's Memorial Home, Vineland after a lengthy illness. Born in Brockton, Mass, Mr. Todd grew up in Laurel Lake and graduated from Millville High School, class of 1967. He then enlisted in the U.S. Army and served two tours during the Vietnam War, receiving a National Defense Service Medal, Vietnam Service Medal, Vietnam Campaign Medal w/60 Device, and a Good Conduct Medal. He then graduated from Gloucester County College in 1984. In 1978, he married Harriet (Long) and moved to Millville. Throughout his life, Mr. Todd worked at Vineland Chemical, Tri-City Lumber, DuPont Co. in Delaware, and Alcan Packaging in Millville, but he devoted all of his time to Todd's Tax Service that he owned and operated for many years until his sickness. He was a member of the New Life World Outreach Church in Millville. Mr. Todd was an avid fan of the Philadelphia Eagles and Phillies. Before his sickness he enjoyed fishing and doing home improvements. He also liked bowling, and his favorite saying was "I Love You." Mr. Todd is survived by his children, Timothy Todd of Wenonah, Robert Quigley and wife Lisa of Merritt Island, FL, Rose Starcher of Millville, Robin Dill and husband Ronald of Millville, Wayne Todd Jr. of Millville, and Douglas Todd of Millville; his mother Ruth (Robbins) Todd of Millville; one brother Clayton Todd Jr. of Mauricetown; many grandchildren; and many great grandchildren. He was predeceased by his wife Harriet in 2010; one son David Todd; his father Clayton Moore Todd Sr.; his maternal grandmother Margaret J. Robbins; and one great great grandchild. Funeral services will be conducted at 11 a.m. on Friday, December 11, 2015 in the Christy Funeral Home, 11 W. Broad Street, Millville. Visitations will be Thursday from 7 to 9 p.m. and Friday from 10 to 11 a.m. in the funeral home. Burial with military honors will be in Greenwood Memorial Park, Millville. The family requests memorial contributions to the NJ Veteran's Memorial Home, 524 NW Blvd., Vineland, NJ 08360. Memories and expressions of sympathy for Mr. Todd may be shared on the Obituary Tribute Wall at www.christyfuneralservice.com.

The family of Wayne D. Todd Sr. created this Life Tributes page to make it easy to share your memories.