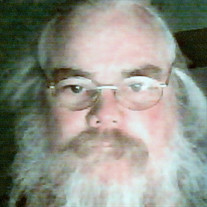 Thompson “Tom” W. Godfrey, Jr., age 52 of Pittsgrove, died suddenly Fri. evening, Oct. 3, 2014 at his residence. Born in Millville he graduated from Millville High School, class of 1980. His favorite activity during his high school years was playing ice hockey. He had worked as a chef at the Mt. Pleasant Restaurant, Millville; the Presidential of Vineland, and Tony’s Lunch at the Vineland Produce Auction. He was currently on a disability. He was a Sled Hockey coach for ten years at the Vineland Ice Rink. He enjoyed working with food and was an animal lover. He was a huge supporter of Animal Rescue. He is survived by his wife Anna (Angier) Godfrey; his son James Rowland of PA; his daughter Anna Frymire and husband Scott of Yardley, PA; his brother Scott M. Godfrey and wife Suzanne of Millville; his sister Penny Sue Godfrey and companion Guy Forvour of Hainesport; his grandchildren, Natalie, Reece, and Lucas Rowland, all of FL; Chayse, Hayden and Bryce Frymire of PA; his parents Thompson W. and Beverly (Simmerman) Godfrey of Millville; his aunt Sharon Sparks and husband William of FL; his niece Addison Godfrey; two nephews, Ryan and Evan Godfrey; his best friend and “brother” Bruce Mathews and wife Cindi; and many cousins. He was predeceased by his paternal grandparents Stillwell and Dorothy (Kell) Godfrey and his maternal grandparents Melvin and Rebecca Simmerman. Funeral services will be conducted on Wed., Oct. 8, at 3 p.m. in the Christy Funeral Home, 11 W. Broad St., Millville, NJ 08332. There will be a viewing from 1 to 3 p.m. in the funeral home before the service. Burial will be later at the convenience of the family. In lieu of flowers the family has requested donations to PAWS Animal Rescue, 100 N. 2nd St., Philadelphia, PA 19106, or the Vineland Sled Stars, 621 Willow Grove Road, Pittsgrove, NJ 08318. Memories and expressions of sympathy for Tom may be shared on the Obituary Tribute Wall at: www.Christyfuneralservice.com.

The family of Mr. Thompson W. Godfrey Jr. created this Life Tributes page to make it easy to share your memories.

Send flowers to the Godfrey family.