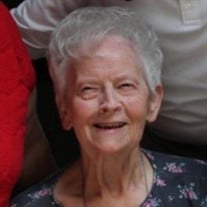 Shirley A. (Robbins) Taylor age 84 of Millville passed away peacefully at home Friday morning, October 29, 2021 after a long and courageous battle with Parkinson's disease. She was a graduate of Millville High School class of 1955, and was a lifelong resident of Millville. Before graduating high school Shirley helped out in the family owned Robbins Market at 5th and Broad Streets. Right out of high school she began working as an Administrative Secretary and Comptroller for several local car dealerships starting with Bozarth Motors, C. F Fritch Dodge, Joseph Motors, and finally Lilliston Chrysler until her retirement. Shirley was a member of the Order of the Eastern Star of New Jersey, Shekinah Chapter No. 82 of Millville, and achieved the position of Worthy Matron during her almost 60 years of active membership. She was also a longtime member of the Second United Methodist Church in Millville. Shirley enjoyed spending time with her family, watching game shows and the news on TV, and watching and feeding the birds from her front porch. Shirley also enjoyed going out to dinner with her family at her two favorite restaurants, the Millville Queen and Larry's 2 in Vineland. Shirley was a proud grandmother and had recently become a great grandmother which she said was her crowning achievement. Shirley is survived by her son Sherman Taylor Jr. (Susan) of Millville; granddaughter Casey M. Taylor; grandson Charles Scarpa (Tina); great grandson Maverick F. Scarpa; two sisters, Joan Ritchie (Dale) of MD, and Cindy Spinnato of Millville; one brother John Robbins (Roseanna) of FL; two sisters in law Charlotte "Cookie" Taylor and Barbara Taylor, both of Millville; and many nieces, nephews and friends. Shirley was predeceased by her loving husband of 57 years, Sherman Sr. who was the love of her life; mother B. Marie Robbins; father John Robbins; brother Robert Robbins; sister in law Barbara; and brothers in law, Kenny, Carl "Tack" Taylor, Joe and Tony. Funeral services will be conducted at 11 a.m. on Thursday, November 4, 2021 in the Christy Funeral Home, 11 W. Broad Street, Millville. Family and friends will be received on Thursday from 9 a.m. to 11 a.m. in the funeral home. A private graveside service will be at a later date in Greenwood Memorial Park, Millville. In lieu of flowers, the family asks that a donation in Shirley's name be made to the Michael J. Fox Parkinson's Research Foundation, PO Box 5014, Hagerstown, MD 21741-5014. Memories and expressions of sympathy for Shirley A. Taylor may be shared on the Obituary Tribute Wall at www.christyfuneralservice.com.

Shirley A. (Robbins) Taylor age 84 of Millville passed away peacefully at home Friday morning, October 29, 2021 after a long and courageous battle with Parkinson's disease. She was a graduate of Millville High School class of 1955, and... View Obituary & Service Information

The family of Shirley A Taylor created this Life Tributes page to make it easy to share your memories.

Shirley A. (Robbins) Taylor age 84 of Millville passed away peacefully...

Send flowers to the Taylor family.