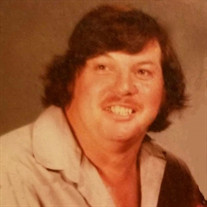 Samuel "Bug Bug" Farside, III, age 64 of Millville, passed away peacefully on Sunday morning, March 28, 2021 at Genesis Millville Center LTC. He had been in declining health over the last year. Born and raised in Millville to the late Samuel Jr. and ReCelia (Lloyd) Farside, Sam graduated from Millville High School, Class of 1975. Sam worked as a glass packer for Durand Glass Manufacturing Company in Millville for over 20 years, and retired. Sam was an avid NASCAR fan and was a huge fan of Mark Martin #6. It would have to be an emergency for Sam to miss any NASCAR race. He was also a fan of collegiate and NFL football, especially the San Francisco 49ers, hence the initials S.F. Sam enjoyed listening to 70's and 80's hard rock music while driving his van, traveling all over with the likelihood of ending up at a NASCAR racing track. Sam will be sadly missed by his loving twin sisters, Kathleen Ann Sharp (Michael) of Millville and Cynthia Lynn Albert of Petersburg, NJ; his brother Lloyd Robert "Bobby" Farside (Darlene) of TN; his two nephews, Randy Lee McCurry, Jr. (Desiree) of Malaga and Michael Scott Sharp of Exton, PA; and his two nieces, Christina Michelle Albert of Petersburg, NJ and Brittany Taylor (Kenny) of TN. He was predeceased by his niece Michelle Ann McCurry; and his brother-in-law Herbert Edward Albert. A Funeral Service for Sam will be conducted on Friday, April 2, 2021 at 11:00 a.m. in the Christy Funeral Home, 11 W. Broad Street, Millville. Family and friends will be received from 10 to 11 a.m. in the funeral home. Burial will be in Greenwood Memorial Park, Millville. Please remember to practice social distancing while in the funeral home and cemetery. Also, masks are required to be worn in the funeral home at all times. In lieu of flowers, the family requests that memorial contributions in loving memory of Sam be made to the American Diabetes Association, 2451 Crystal Drive, Suite 900, Arlington, VA 22202. Memories and expressions of sympathy for Samuel Farside, III may be shared on the Obituary Tribute Wall at: www.christyfuneralservice.com.

Samuel "Bug Bug" Farside, III, age 64 of Millville, passed away peacefully on Sunday morning, March 28, 2021 at Genesis Millville Center LTC. He had been in declining health over the last year. Born and raised in Millville to the late... View Obituary & Service Information

The family of Samuel Farside, III created this Life Tributes page to make it easy to share your memories.