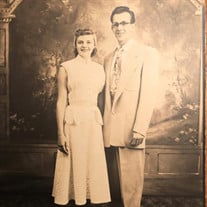 Russell Creech, age 90 of Millville, passed away Saturday morning, July 10, 2021 at Baker Place in Vineland. Born in Philadelphia, PA to the late Russell I. and Lillie (Whitley) Creech, he moved to Vineland at the age of 16, and soon joined the U.S. Navy. He served two years during the Cold War as an Aircraft Mechanic, and delighted in telling airplane stories about keeping his assigned F8F Bearcat Fighters ready on the flight line, in particular those of the Blue Angels. When he returned, Russell began working for Kimble Glass Co. for three years. For the next 20 years, he worked as a Custom Kitchen Salesman for Sears and Roebuck Co. in Vineland. He retired from H.H. Hankins Bros. in Bridgeton after another 20 years. For many years, Russell was President of the South Jersey Scramblers, and also President of the Cumberland County Motorcross Club. While living in Millville for over 65 years, he enjoyed gardening, working in his yard, and was always proud that he built three remarkable speed boats. Russell will be sadly missed by his children, Russell Edward Creech of Vineland, Ronald Paul Creech of SC, and Laura Ann Smirnov and husband Eugene of Millville; two granddaughters, Amanda and her fiancé Sheree Radhakrishnan, and Andrea and her husband R.J.; one great grandchild Axel; and many nieces and nephews. He was predeceased by his wife of 58 years in 2009, Marion (Heberling); his siblings, Clarence, Margaret, Thelma, Rowland and Hazel; and one daughter in law Joanne Creech. Funeral services will be conducted at 12 noon on Friday, July 16, 2021 in the Christy Funeral Home, 11 W. Broad Street, Millville. Family and friends will be received on Friday from 11 a.m. to 12 p.m. in the funeral home. Burial with military honors will be in Greenwood Memorial Park, Millville. Memories and expressions of sympathy for Russell Creech may be shared on the Obituary Tribute Wall at www.christyfuneralservice.com.

Russell Creech, age 90 of Millville, passed away Saturday morning, July 10, 2021 at Baker Place in Vineland. Born in Philadelphia, PA to the late Russell I. and Lillie (Whitley) Creech, he moved to Vineland at the age of 16, and soon... View Obituary & Service Information

The family of Russell Creech created this Life Tributes page to make it easy to share your memories.

Send flowers to the Creech family.