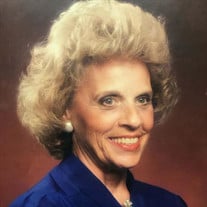 Rose Mary "Rose" (Pipitone) Cozzens, age 93 of Vineland, passed away peacefully at home, surrounded by her loving family ‪on Saturday morning, March 7, 2020.  She had been in declining health for the last year and a half.   She was born in Bridgeton to the late Joseph and Rosalie (Cucci) Pipitone,. Her mother died shortly after her birth. Her father later remarried Victoria Pipitone who helped raise Rose and her 5 siblings.    Rose attended Bridgeton High School and was a longtime resident of Bridgeton.   She began working at Owens-Illinois, Inc. and later Kimble Glass Co., retiring at age 64.   She loved and adored her children and grandchildren, and was always attentive to their needs and doing whatever she could to help them and make them happy. They brought the most joy to her life.    Rose will be sadly missed by her two daughters, Sandra Linton and husband Roger of Vineland and Rosalie Frangione of Bridgeton. Also by her two sons Tim Cozzens and wife Marina of SC and William Cozzens and wife Rebecca of Hopewell; many grandchildren, great-grandchildren, and great-great-grandchildren; and many nieces, nephews, and cousins.     She was predeceased by her former husband William (Tim) Cozzens, who passed away in 1975; her step-mother Victoria Pipitone; two daughters, Sharon Stevens and Sheila Davis; three brothers, Russell, Tony, and Vito Pipitone; and two sisters, Millie Powell and Ada Ilacqua.   A Memorial Service for Rose will be held ‪on Wednesday, March 11, 2020 , at the Christy Funeral Home, ‪11 W. Broad Street, Millville, NJ.  Family and friends will be received ‪from 10:00 am with the service ‪at 11:00 am.  Burial will be in the Laurel Lawn Cemetery, Upper Deerfield.   Memories and expressions of sympathy for Rose Mary Cozzens may be shared on the Obituary Tribute Wall at www.chirstyfuneralservice.com.

Rose Mary "Rose" (Pipitone) Cozzens, age 93 of Vineland, passed away peacefully at home, surrounded by her loving family &#8234;on Saturday morning, March 7, 2020.  She had been in declining health for the last year and a half.   She was... View Obituary & Service Information

The family of Rose Mary "Rose" Cozzens created this Life Tributes page to make it easy to share your memories.

Send flowers to the Cozzens family.