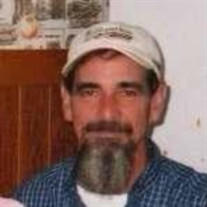 Robert B. Lewis, age 78 of Millville, passed away peacefully, surrounded by his loving family on Friday morning, December 3, 2021 after a battle with cancer.   Born and raised in Marshall, NC to the late Kermit and Barbara (Franklin) Lewis, Bob was a longtime Millville resident. He enlisted in the U.S. Army at age 19 and went on to serve his country from 1962 until 1965 as an Airborne Paratrooper during the Vietnam Era. Bob met his wife, Jennie E. Ford, at a YMCA dance. The two married in June of 1962 and they shared nearly 53 years together until her passing in December 2015.  After completing his military service, Bob and Jennie settled in Millville where they lovingly raised their family.   Bob worked as a machine operator for over 40 years at Ball Foster Glass Company in Millville, and retired when the plant closed down in 1998.  He stayed quite active though, becoming a certified aircraft mechanic. He later worked for over 15 years as the Maintenance Supervisor at the Scotland Run Golf Club in Williamstown, retiring in 2016.   Bob was a longtime member of the South Millville Gun Club and a proud member of the GMPPA. He was also a past member of the Fourth United Methodist Church in Millville. Hunting, fishing and spending time in the shed with his buddies were a few of his favorite pastimes, but most of all, he treasured the time that he was able to share with his family.   Bob will be sadly missed by his two sons, Robert "Bob" Lewis and wife Lorraine of Wilton, CT and Charles "Chuck" Lewis and wife Jennifer of Millville; two sisters, Barbara Whildon of Port Elizabeth and Jeanie Parker of Louisiana; one brother Kenneth Lewis and wife Nancy of Muncie, IN; six grandchildren, Cole, Cade, Brittany, Sarah, Elizabeth, and Abigail; and many nieces, nephews, and cousins. He was predeceased by his wife Jennie (Ford) Lewis; infant twin sons, Roscoe James and Kermit Joseph; and his brother Joseph Lewis.   A Funeral Service for Robert will be conducted on Tuesday, December 7, 2021 at 11:00 a.m. in the Christy Funeral Home, 11 W. Broad Street, Millville. Family and friends will be received from 9:30 to 11:00 a.m. in the funeral home. Burial will be in Greenwood Memorial Park, Millville.   In lieu of flowers, memorial contributions in loving memory of Bob may be made to the Kidney Cancer Association at: www.kidneycancer.org.   Memories and expressions of sympathy for Robert B. Lewis may be shared on the Obituary Tribute Wall at: www.christyfuneralservice.com.

Robert B. Lewis, age 78 of Millville, passed away peacefully, surrounded by his loving family on Friday morning, December 3, 2021 after a battle with cancer.   Born and raised in Marshall, NC to the late Kermit and Barbara (Franklin) Lewis,... View Obituary & Service Information

The family of Robert B Lewis created this Life Tributes page to make it easy to share your memories.

Robert B. Lewis, age 78 of Millville, passed away peacefully,...

Send flowers to the Lewis family.