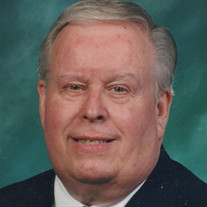 ROBERT (BOB) MILLARD INGLES (1934 -2015) Robert "Bob" Millard Ingles, 81, of Millville, New Jersey, went to be with his Lord on Wednesday, April 29, 2015. Born in Bridgeton, he was raised in Dividing Creek. He was the son of Charles and Marie Ingles. Ingles graduated from Bridgeton High School in 1951, and entered into active service in the United States Air Force in January, 1952. He loved his country and served in the Korean Conflict. Upon return, Ingles began a career in waste water management. He worked for the Bridgeton Water Department and then became Superintendent of the Millville Waste Water Utility. After achieving his licensing from Rutgers University, he was invited to join the State Board of Waste Water Licensing. He was a long-standing member and former President of the Waste Water Pollution Control Association. He also belonged to the Millville Rotary Club for several years and was a past President. Ingles joined the Gideons International in 1981, serving as President of the Millville Camp from 1982 thru 1988 and subsequently as treasurer of the Millville Camp for many years. A devout Christian, Ingles expressed his faith through service at Millville’s Fourth United Methodist Church during the 1960’s – 1980’s, holding various positions of lay leadership in that congregation. About 31 years ago, he joined Fairton Christian Center, serving on the Board of Elders from 1988 until present. Active in Sunday School, he dispensed great advice and wisdom when asked. Many remember and appreciate the coffee ministry he provided for the adult Sunday School class. He also ministered through Fairton’s prison ministry at Bayside and Ancora Psychiatric Hospital. An accomplished woodworker, Ingles crafted countless cabinets and other furniture for the church, friends and family. Affectionately known as “Bob the Pie Guy,” he made delicious pies and chiffon cakes that he made for anyone who would ask. He loved his children and grandchildren, and gave of himself in any way that he could, and taught them right and wrong according to the principles of God’s Word. He is loved and survived by his wife of 58 years, Myrna R. Granger Ingles; daughter, Corine L. Elliott (Steven) of Millville; daughter, Christine L. Adams (Craig) of Lancaster, PA.; and grandchildren Matthew S. Adams (Lindsey); Emily J. Adams and Meredythe C. Elliott. He is also survived by his sisters, Lois Lawrence (Paul) of Sun City, AZ.; Mary Marino of Sun City, AZ.: Laura Ann Nott (Bill) of Wooster, OH; his brothers, Charles Ingles of Vineland, NJ; and Aubrey Ingles (Luanne) of Sun City, AZ.; sisters-in-law, Virginia Ingles of Stewart, FL; Janice Sutton (David) of Deerfield, NJ; and Thurma Wilson of Las Vegas, NV; along with numerous nieces, nephews and cousins, and many friends who were so like family they called him “Uncle Bob.” He was predeceased by his parents, and his brothers, Glendon Ingles of Stewart, FL. and William Ingles of Bridgeton, NJ. Visitation with the family will be held at Fairton Christian Center, 199 Fairton-Millville Road, Fairton, NJ on Wednesday, May 6, 2015 from 9 to 11 am with the funeral service immediately following the visitation at 11 am. Burial with military honors will take place in the Cumberland County Veteran's Cemetery, Bridgeton. For those desiring to make memorial donations, the family suggests contributions to Fairton Christian Center, 199 Fairton-Millville Rd, Fairton NJ 08320; or Gideons International, PO Box 801, Millville, NJ 08332. Arrangements are in care of Christy Funeral Home, 11 W. Broad St., Millville. Condolences and memories can be shared on the Tribute Wall at www.christyfuneralservice.com.

ROBERT (BOB) MILLARD INGLES (1934 -2015) Robert "Bob" Millard Ingles, 81, of Millville, New Jersey, went to be with his Lord on Wednesday, April 29, 2015. Born in Bridgeton, he was raised in Dividing Creek. He was the son of Charles and... View Obituary & Service Information

The family of Robert "Bob" M. Ingles created this Life Tributes page to make it easy to share your memories.

Send flowers to the Ingles family.