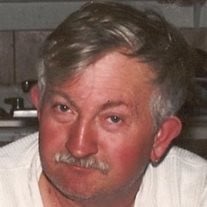 Robert “Bobby” C. Asay, age 64 of Millville, passed away unexpectedly, Wednesday morning, February 12, 2014 at the Millville Center. Born and raised in Millville, he was a life long resident. For 25 years, he worked for the City of Millville in the parks and recreation department, and retired in 2000. Mr. Asay enjoyed spending time with his family. He also enjoyed being outdoors, taking walks and trying new foods. He was very outgoing, had a great sense of humor, and was always willing to speak his mind. Mr. Asay is survived by his loving daughters, Erica (Asay) Velazquez of Millville, and Bobbielee Asay of Mullica Hill; one brother Mercer Asay of Texas; and eight grandchildren, Armando Gonzalez Jr., Aryana Gonzalez, Johnny Collins III, Ayden Collins, Danny Hartsfield Jr., Giana Asay, Legacy Joyce and Joseph Joyce III. He was predeceased by his parents, Mercer Asay and Elizabeth (Peachey), and one sister Elizabeth. Funeral services will be conducted at 11 a.m. on Wednesday, February 19, 2014 in the Christy Funeral Home, 11 W. Broad Street, Millville. There will be a viewing on Wednesday from 9 to 11 a.m. in the funeral home. Burial will be in Greenwood Memorial Park, Millville. The family requests memorial contributions to the Dystonia Medical Research Foundation, 1 E. Wacker Drive, Suite 2810, Chicago, Ill, 60601. Memories and expressions of sympathy for Robert Asay may be shared on the Obituary Tribute Wall at: www.christyfuneralservice.com.

Robert &#8220;Bobby&#8221; C. Asay, age 64 of Millville, passed away unexpectedly, Wednesday morning, February 12, 2014 at the Millville Center. Born and raised in Millville, he was a life long resident. For 25 years, he worked... View Obituary & Service Information

The family of Robert C. Asay created this Life Tributes page to make it easy to share your memories.

Send flowers to the Asay family.