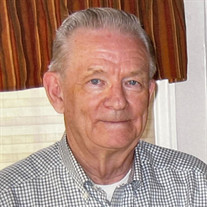 Raymond Joseph Dundas, age 86 of Millville, passed away peacefully on Thursday morning, November 4, 2021 at the Bishop McCarthy Residence in Vineland. He had been in declining health over the last several months. Born in Philadelphia to the late Joseph and Jennie (Hinchey) Dundas, Ray attended Pennsylvania Military Academy (now known as Widener University) in Chester, PA. Ray went on to serve our country for over 20 years in the U.S. Army Signal Corps from 1952 to 1973, and retired. During his service in the U.S. Army, Ray met and married his loving wife Brunhilde while stationed in Germany and they shared 58 years of marriage together. Settling in Millville to raise his family in 1967, Ray was a longtime resident. Once Ray retired from his military service in 1973, he became the owner and operator of his own trucking company, which he managed for over 20 years, retiring in 1993. Ray loved traveling and was an avid lover of animals. He enjoyed cars and could be found over the years working on vehicles of all types. He also flew for fun countless times out of the Millville Airport with his good friend Lou Bostwick. Most of all, however, Ray treasured the time that he was able to share with his family. Ray will be sadly missed by his loving wife Brunhilde (Laufer) Dundas of Millville; his son Joseph R. Dundas and wife Lorraine of San Diego, CA; his daughter Marie M. Dundas-Kelly and husband Patrick of CT; five grandchildren, Karl, Genevieve, Alison, Emmeline (Denis), and Jessalyn; one great-granddaughter Rosalie; one nephew Lloyd Ward and wife Barbara; and one great-nephew Michael Ward and wife Jill. He was predeceased by two sisters, Helen Glosnickey and Marie Ward. Funeral Services for Ray will be private at the convenience of the family. Arrangements are under the direction of the Christy Funeral Home, Millville. In loving memory of Ray, memorial contributions may be made to the DAV - Disabled American Veterans, PO Box 14301, Cincinnati, OH 45250-0301 or at the website: www.DAV.org. Memories and expressions of sympathy for Raymond J. Dundas may be shared on the Obituary Tribute Wall at: www.christyfuneralservice.com.

Raymond Joseph Dundas, age 86 of Millville, passed away peacefully on Thursday morning, November 4, 2021 at the Bishop McCarthy Residence in Vineland. He had been in declining health over the last several months. Born in Philadelphia to... View Obituary & Service Information

The family of Raymond J. Dundas created this Life Tributes page to make it easy to share your memories.

Send flowers to the Dundas family.