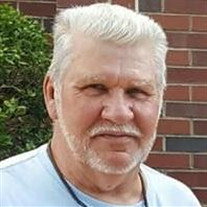 Paul J. Schwegel Jr., age 71 of Millville passed away on Monday, September 24, 2018 after a brief, but courageous battle with cancer. Paul was the son of Paul and Myrtle Schwegel of Millville. He was a graduate of Millville Senior High School- Class of 1967. He then married his high school sweetheart on August 26, 1967, Bonnie L. Schwegel (nee) Bonney. They were married for 51 years. Paul was a (Gentle)-man, always giving of himself, the Rock that kept his beloved family together. (Our Gentle Giant). Paul worked for 30 years at Kerr Glass, (Ball Foster) as an Industrial Mechanic. He then pursued his Gold Seal Boiler License in (1999), in order to support his beloved family when the plant closed. (Family First). Paul is survived by his (wife whom he adored) Bonnie; his beautiful daughter Sherri A. (Schwegel) Shukovsky and husband John Shukovsky of Estell Manor; his granddaughter Lauryn Hooven (Nee) Johnson, whom he considered (his third daughter), after the passing of her mother in 1998, our beloved daughter Paula Lynn Schwegel (mother) of Lauryn. He is also survived by three beautiful grandchildren, Lauryn N. Hooven and husband Eric of Millville, and Tatiana and John Shukovsky of Estell Manor; and one great granddaughter Madison Leona Hooven of Millville. Such joy they brought him, (pride, laughter and love). Paul is survived by four siblings, Wayne Day, Rodney Schwegel, Gary Schwegel and Harry Schwegel. Paul is also survived by his brother in law P.K. Bonney. His love, friendship and admiration for Paul was that of a brother. (His best buddy). Paul was predeceased by his brother Richard Day; his parents, Paul and Myrtle Schwegel; and his beautiful daughter Paula Lynn Schwegel. Paul had a passion for restoring old cars, his 1950-Ford pickup that he bought in 1968 is part of the family still. He enjoyed car shows, and fishing with Jimmy Delano on the Silver Bullet, but most of all, he enjoyed precious time with his family. Paul belonged to the American Legion, Post No. 82 of Millville for 20 years. May all of those who were there for him during his time of need know that they made his Journey to Heaven, and the Road to Eternity much easier with the talks, visits, tears, laughter and true compassion shown. God bless each and everyone of you. Funeral services will be held at 11 a.m. on Friday, September 28, 2018 in the Christy Funeral Home, 11 W. Broad Street, Millville. Family and friends will be received on Friday from 10 to 11 a.m. in the funeral home. Burial will be in Mt. Pleasant Cemetery, Millville. Memories and expressions of sympathy for Paul Schwegel Jr. may be shared on the Obituary Tribute Wall at www.christyfuneralservice.com.

Paul J. Schwegel Jr., age 71 of Millville passed away on Monday, September 24, 2018 after a brief, but courageous battle with cancer. Paul was the son of Paul and Myrtle Schwegel of Millville. He was a graduate of Millville Senior... View Obituary & Service Information

The family of Paul J. Schwegel Jr created this Life Tributes page to make it easy to share your memories.