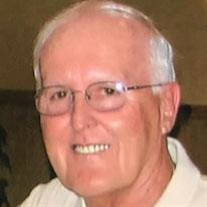 Michael M. Powers, Jr. passed away peacefully at home on Saturday, October 27th after an extended illness.  Mike is survived by his wife of 57 years, Ann (Rostock) and his children, Michele of Ocean City, NJ, Michael III “Mickey” (Steph) and Brian (Dawn) both of Millville, NJ.  Mike was predeceased by his parents, Michael, Sr. and Mary (Hoy) Powers; his in-laws, Louis and Jean Rostock; and his beloved sister, Sr. Anne Powers, RSM.   He is also survived by his grandchildren who he loved unconditionally, Michael IV “Mitch”, Bryn, Connor and Cole all of Millville.   Mike was born in Perth Amboy, NJ where he graduated from St. Mary's High School. “Mickey” as he was known in his playing days, attended Rider University on a baseball scholarship in the late 1950's, setting many records and taking his team to within one game of qualifying for the College World Series.  While at Rider, he was a member of TKE fraternity and later enjoyed attending TKE and Rider baseball reunions with his brothers and teammates.  It was also at Rider where he met the love of his life, his wife Ann.  Mickey also played minor league baseball, before an injury ended his career.  He also played competitive softball for many years including a stint as a professional.  He was inducted into the Trenton Softball Hall of Fame in the early 1980's.   Moving to Millville in the late 1970's, Mike became a basketball and softball official, officiating many local South Jersey high school games over the years.  Mike retired from officiating and from the Prudential Insurance Company in Millville, where he worked for almost 20 years, to become a full-time fan at his grandchildren’s sporting events, as well as his beloved professional NY sports teams – Yankees, Giants, Knicks and Rangers.   A loving husband, father, and friend, Mike will be missed by all who knew him.  A viewing will be held on Friday evening, November 2, 2018 from 6:00 p.m. to 8:00 p.m. and Saturday from 10:00 a.m. to 10:45 a.m. in the Christy Funeral Home, 11 W. Broad St., Millville.  A Mass of Christian Burial will be held at 11:00 a.m. on Saturday in the Parish of All Saints, 621 Dock St., Millville. Burial will be private.   The family requests in lieu of flowers that memorial donations be made to: Rider University Men’s Baseball Team, c/o Pamela Mingle, Sr. Director of Development, Rider University, 2083 Lawrenceville Rd., Lawrenceville, NJ 08648.  Memories and expressions of sympathy for Michael M. Powers, Jr. may be shared on the Obituary Tribute Wall at: www.christyfuneralservice.com.

The family of Michael M. Powers, Jr. created this Life Tributes page to make it easy to share your memories.