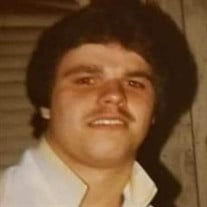 Michael Allen Lloyd, Sr., age 55 of Millville, passed away peacefully in his sleep at home on Sunday, January 24, 2021. He had been in declining health for the last year. Born in Millville and raised in Bridgeton to the late Leon and Myrtle (Lowers) Lloyd, Mike graduated from Bridgeton High School, Class of 1983, and was very active in a wide range of sports activities, including football, basketball, soccer, tennis, and softball. After high school, he met and married his loving wife Doris and they shared over 36 years of marriage together. Mike worked for the Bridgeton Evening News and then at the Coastal Mart. He went on to deliver for Domino's Pizza in Bridgeton for several years. He then began a 29 year career at Durand Glass Company in Millville, where he started out as a packer for a few years and then became a forklift operator, which he did until his retirement in 2019. Mike was a devoted and caring husband, loving his family and treasuring the time that he was able to share with them. He loved his children with all of his heart and soul, especially his grandchildren. He would do anything in the world for them. Mike always looked forward to Christmastime every year. He also loved watching UCLA girls softball with his daughter, Sam. Mike continued his love for high school sports and served as an umpire for high school baseball and softball for many years. He was a huge fantasy football fan and also enjoyed watching football on TV, especially the Tennessee Titans. He was also a big Phillies and NHL fan, rooting for the Tampa Bay Lightning. Mike never missed an episode of "Blue Bloods." His favorite movies of all time were "Rudy" and "The Breakfast Club". Mike will always be remembered by his loving wife Doris (Werner) Lloyd of Millville; his son Michael A. Lloyd, II of Millville; two daughters, Samantha Lloyd of Millville and Danielle Lloyd and companion Christian Campos, Sr. of Millville; two brothers, Charles Lloyd of Millville and Rodney Lloyd and wife Stacey of South Carolina; two sisters, Brenda Oquendo and husband Freddie of South Carolina and Kimberly Imboden of South Carolina; sister-in-law Patty Lloyd; four grandchildren, Kylie Lloyd, Jared Lloyd, Elisianna Campos, and Christian Campos, Jr.; four nieces, Crystal, Sheila, Cheryle, and Tiffany; six nephews, Steven, Frankie, Brian, Joshua, Junior, and Shane; many cousins; and his three granddogs, Loki, Boo, and Finn. He was predeceased by his brother, Steven Lloyd; his sister Barbara Lloyd: brother-in-law Jim Imboden; sister-in-law Lois Lloyd; and one granddaughter Isabella Caroline. A Memorial Service celebrating Mike's life will be announced at a later date. Arrangements are under the direction of the Christy Funeral Home, Millville. In loving memory of Mike, memorial contributions may be made to St. Jude Children's Research Hospital, 501 St. Jude Place, Memphis, TN 38105 or at the website: stjude.org. Memories and expressions of sympathy for Michael Allen Lloyd, Sr. may be shared on the Obituary Tribute Wall at: www.christyfuneralservice.com.

Michael Allen Lloyd, Sr., age 55 of Millville, passed away peacefully in his sleep at home on Sunday, January 24, 2021. He had been in declining health for the last year. Born in Millville and raised in Bridgeton to the late Leon and Myrtle... View Obituary & Service Information

The family of Michael "Mike" A. Lloyd, Sr. created this Life Tributes page to make it easy to share your memories.