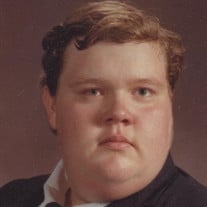 Michael H. McDowell, age 56 of Millville, passed away suddenly and unexpectedly, Friday evening, December 22, 2017 at his residence. Born in Millville to the late Carlton H. "Mickey" McDowell Sr., and Juanita Felmey, he graduated from Millville High School, Class of 1979. He then received his Associates Degree in Science from Cumberland County College, and a Bachelor of Science Degree from Rowan University. For the past three years, Michael worked for the City of Millville as the Executive Assistant for the Department of Parks and Public Property. Prior to that, he worked at the Atlantic County Vo-Tech, and the Cumberland County College. Michael was a lifetime member of the NRA. He was also a member of the GOJU-RYU Karate-DO, the South Jersey Radio Assn., and the Estes Aerospace Club. He enjoyed scuba diving, karate, video games, working on computers, model rockets, and Ham Radio. Michael is survived by his brother John M. McDowell and wife Barbara of Millville; two sisters, Sharon Groff of TN, and Juanita "Sandy" Pennington and husband Jack of Vineland; many nieces, nephews and cousins; and Rec, his cat who was his constant companion. He was predeceased by two brothers, Kerry McDowell and Carlton "Buddy" McDowell Jr. Funeral services will be conducted at 11 a.m. on Friday, December 29, 2017 at the Christy Funeral Home, 11 W. Broad Street, Millville. Visitation for family and friends will be Friday from 9 to 11 a.m. in the funeral home. Burial will be private at the convenience of the family. Memorial contributions can be made to St. Jude Children's Research Hospital, 501 St. Jude Place, Memphis, TN 38105-1905. Memories and expressions of sympathy for Michael McDowell may be shared on the Obituary Tribute Wall at www.christyfuneralservice.com.

The family of Michael H McDowell created this Life Tributes page to make it easy to share your memories.

Send flowers to the McDowell family.