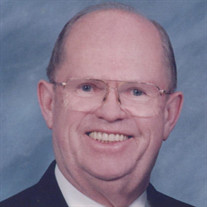 Matthias “Matt” H Christy, age 83, of Millville recently passed away at Bishop McCarthy Center of Vineland, NJ.   Matt was the owner of the Christy Funeral Home of Millville and had served the Millville community for over 60 years as a Funeral Director.  The family owned and operated business had been in the Christy family since 1898 when Matt’s grandfather Matthias H. Christy founded it.   A graduate of the University of Pennsylvania Wharton School of Business, Matt was also a graduate of Valley Forge Military Academy of Wayne, Pennsylvania, and R. D. Wood School of Millville.  He earned his Mortuary Science degree from Eckels Mortuary School of Philadelphia.    Matt received an Honorable Discharge from the U. S. Army as a First Lieutenant.   He was a member of the National Funeral Directors Association, the New Jersey Funeral Directors Association, West Jersey Funeral Directors Association, the University of Pennsylvania Faculty Club, Delta Kappa Epsilon Fraternity, New Hope United Methodist Church of Millville, The Greater Millville Chamber of Commerce, Union Lake Sailing and Tennis Club, Winding River Boating Association, and Millville Thunderbolt Club. He was also a member of the American Legion Nabb-Leslie, Post No. 82 of Millville, and the B.P.O Elks Lodge No. 580 of Millville.   He enjoyed reading financial and funeral trade periodicals, boating, fishing, cruising to Bermuda and the Caribbean, and eating in fine restaurants. He will be sadly missed by his family. Matt's family would like to thank the staff at Bishop-McCarthy Center for their warm and caring nature while he was there.   Matt is survived by his wife Jane (Yetman) of just two days before celebrating their 54th wedding anniversary, his daughter Rebecca Christy (John Wettstein), and two granddaughters, Lindsey and Johna Wettstein; his brother in law James O. Yetman (Susan Grady); five nephews; and two nieces. He was predeceased by his parents, Paul B. and Thelma (Peacock) Christy and his brother Paul B. Christy Jr.   Funeral services will be conducted at 11 a.m. on Thursday, January 30, 2020 in the Christy Funeral Home, 11 W. Broad Street, Millville. Family and friends will be received on Thursday from 9 a.m. to 11 a.m. in the funeral home. Burial with military honors will be in Mt. Pleasant Cemetery, Millville. Memorial contributions may be made to the New Hope United Methodist Church, 2018 Newcombtown Road, Millville, NJ 08332 or to the Millville Fire Department, 420 Buck Street, Millville, NJ 08332. Memories and expressions of sympathy for Matt Christy may be shared on the Obituary Tribute Wall at www.christyfuneralservice.com.

Matthias &#8220;Matt&#8221; H Christy, age 83, of Millville recently passed away at Bishop McCarthy Center of Vineland, NJ.   Matt was the owner of the Christy Funeral Home of Millville and had served the Millville community for over 60 years... View Obituary & Service Information

The family of Matthias "Matt" H Christy created this Life Tributes page to make it easy to share your memories.

Send flowers to the Christy family.