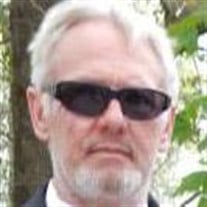 Larry M. Yunk, age 59 of Millville passed away peacefully, Sunday, February 1, 2015 at home in his chair with all of his family by his side. He fought a courageous battle for three and a half years. Born on an Army base in Worcester, Mass, he grew up in Millville and graduated from Millville High School. Larry served in the United States Marine Corps. For 32 years, he worked as a tax consultant for Arrow-Tax. He also worked as a Coca Cola driver and was a supervisor for Gorton's in Millville. He later received his Masters Degree in Accounting from Rowan University. Larry truly enjoyed nature, especially kayaking, camping, hiking and horseback riding. He was an avid fitness guru devoting much of his time to running, biking, yoga and weight lifting. He was very fond of family activities, but he especially enjoyed spending time with his grandson, Jack. Larry is survived by his wife of 37 years, Karen (Alvino); two sons, Michael and fiancé Michelle, and Matthew and wife Lauren, all of Millville; two brothers, Gerry Yunk and wife Vicki, and Denny Yunk and wife Maryanne, all of Millville; one sister Lillian Roth of Pennsville; one grandson; four nieces; one nephew; and Kevin Hall who was like a son to him. He was predeceased by his parents, Preston and Lois (Myers) Yunk; and his uncle Kenneth Myers. Funeral services will be conducted at 11 a.m. on Friday, February 6, 2015 in the Christy Funeral Home, 11 W. Broad Street, Millville. There will be a viewing on Friday from 9 to 11 a.m. in the funeral home. Burial will be in Mt. Pleasant Cemetery, Millville. In lieu of flowers the family requests memorial donations to the LIVESTRONG Foundation, National Mail Processing Center, P.O. Box 6003, Albert Lea, MN 56007-6603 or to the V FOUNDATION , c/o Dick Vitale, Inc., 7810 Mathern Court, Bradenton, FL 34202. Memories and expressions of sympathy for Larry Yunk may be shared on the Obituary Tribute Wall at: www.christyfuneralservice.com.

Larry M. Yunk, age 59 of Millville passed away peacefully, Sunday, February 1, 2015 at home in his chair with all of his family by his side. He fought a courageous battle for three and a half years. Born on an Army base in Worcester, Mass,... View Obituary & Service Information

The family of Larry M. Yunk created this Life Tributes page to make it easy to share your memories.

Send flowers to the Yunk family.