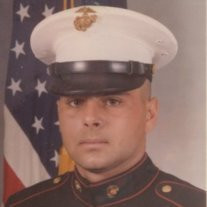 Joseph Russo Jr., age 56 of Millville, passed away Monday evening, September 23, 2013 at Kennedy University Hospital in Cherry Hill after an extended illness. Born and raised in Bridgeton, Mr. Russo attended Bridgeton High School and then joined the U.S. Marine Corp. He married, moved to New York, and worked for Civetta Cousins Construction as a Surveying Engineer for ten years. In 1993, he moved to Millville and he opened Russo’s Pizzeria. Then he worked for Albert Fralinger and Associates in Bridgeton as a Surveying Engineer. Mr. Russo was very active with the Millville National Cal Ripkin Baseball League, and he served as President for numerous years. He attended the Parish of All Saints in Millville. He was an avid animal lover and made many donations to the Cumberland County SPCA. He provided a wonderful home to four rescue dogs. He will be deeply missed by each person whose lives he touched. Mr. Russo is survived by his loving wife of 28 years Patricia (Chiacchiari); one son Joseph Russo III of Millville; his father Joseph Russo Sr.; three sisters, Victoria Porteus and husband Bill of Millville, Shirley Mahon and husband Matt of Bridgeton, and Andrea Scoble and husband Bill of Rosenhayn; his father and mother in law, Bruno and Maddalena Chiacchiari; two sisters-in-law, Linda and John Lomando, and Annette and Scott Bellman; and his nieces and nephews, Anthony, Nicole and Leah DePasquale, Magen Lazarcheck, Maria and Jacob Mahon, Nicholas, Robert and Anthony Bellman, and Erica and John Lomando. He was predeceased by his mother Ann M. (Butler); and one sister Susan Russo. In lieu of flowers, the family requests memorial contributions to be made to the Cumberland County SPCA, 1244 N. Delsea Drive, Vineland, NJ 08360.

The family of Joseph Russo Jr. created this Life Tributes page to make it easy to share your memories.