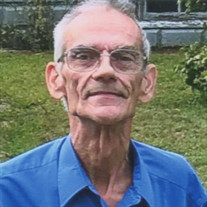 Joseph Edward Narbut, Jr., age 71 of Millville, passed away Friday, February 23, 2018 at Cumberland Manor in Bridgeton. Born in Janesville, WI to the late Joseph E. Narbut Sr. and Nannie Mae Knight, Joseph and his family moved to Millville when he was six years old. He attended the Millville school system, graduating from Millville High School, Class of 1966. Following High School, Joseph enlisted in the U. S. Air Force during the Vietnam War, and rose to the rank of Sergeant. He was stationed in Guam for two years. Upon completion of his military service, he attended Ouachita Baptist University in Arkadelphia, AR where he received his BA degree in 1976. For many years he worked in the Maintenance Department for Shop Rite in Vineland at the Lincoln and Landis location. Joseph was a life long Philadelphia Phillies fan, but his first love was always his church where he never tired of his work with shut-ins or the elderly, with endless trips to hospitals and nursing homes throughout his life. He enjoyed singing, and often would sing and read scripture to his friends during hospital visits. He has been most active in the Maranatha Baptist Church in Millville, where he served as a Deacon for many years. Joseph had been the primary caregiver for his mother in her later years, then assumed the guardianship for his disabled brother in 2013 when his mother passed away, yet he never complained and still always managed to make time for others who needed help. He enjoyed singing, and traveling to see friends from every church he had belonged to since childhood. Joseph is survived by three brothers, Jack "Smokey" D. Narbut Sr., John L. Narbut and James P. Narbut, all of Millville; two nephews, Jack "Smokey" D. Narbut Jr., and James Gustave Narbut; and two nieces, Melanie Jean Narbut and Kellie Marie Narbut. Funeral services will be conducted at 11 a.m. on Thursday, March 1, 2018 in the Christy Funeral Home, 11 W. Broad Street, Millville. There will be a viewing on Thursday from 10 to 11 a.m. in the funeral home. Burial will be private at the convenience of the family. Memorial contributions may be made to the Maranatha Baptist Church, 1524 Bridgeton Millville Pike, Millville, NJ 08332. Memories for Joseph Narbut Jr. may be shared at www.christyfuneralservice.com.

The family of Joseph Edward Narbut Jr. created this Life Tributes page to make it easy to share your memories.