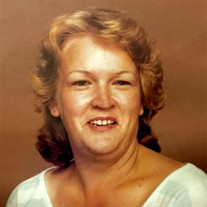 Joann (Pelikan) Rice, age 69 of Millville, passed away peacefully at home, surrounded by her loving family, on Wednesday morning, October 9, 2019. She had been in declining health for the last several months. Born in Vineland and raised in Malaga to the late Walter and Mary (Adams) Pelikan, Joann graduated from Delsea Regional High School, Class of 1968. She married her husband, John Franklin Rice, and together they shared over 50 years of marriage together until his passing away in 2018. Joann was a wonderful homemaker and took great pride in raising her family and grandkids over the years. She was a friend to so many people and never had an unkind word to say. Joann truly loved to help others. She worked for several years in the late 1980's and early 1990's as a healthcare aide at Lakeside Manor in Elmer. She then enjoyed working for over ten years as a taxi driver for Vince's Taxi and Tire Service in Millville, and retired. She enjoyed bowling and loved riding her Harley with her late husband John. Most of all, however, she cherished the time that she was able to share with her family. Joann will be sadly missed by her son John W. Rice of Elmer/Malaga; one daughter Sandra Tracy Gargon and husband Joseph of Cedarville; two grandchildren, Vincent and Tracy Bergeron; three nieces, Mary Johnson, Christina Ramos, and Michelle Rice; two nephews, Wayne Rice and Walter Pelikan; one uncle Robert Pelikan; brother-in-law Ray Rivera; sisters-in-law, Ivy Simpkins and Wendy Rice; and many cousins from the Pelikan family, including cousins from the Thompson and Harris families. She was predeceased by her son Edward Rice; one sister Mary Statzel; one brother Walter B. Pelikan; and her in-laws, Ida Mae Doran Rice and Warren Wilson. A Funeral Service will be conducted on Tuesday evening, October 15, 2019 at 8 p.m. in the Christy Funeral Home, 11 W. Broad Street, Millville. Family and friends will be received from 6 to 8 p.m. in the funeral home. A Graveside Service will be conducted at 11 a.m. on Friday, October 18, 2019 in Mt. Pleasant Cemetery, Millville. Memories and expressions of sympathy for Joann Rice may be shared on the Obituary Tribute Wall at: www.christyfuneralservice.com.

Joann (Pelikan) Rice, age 69 of Millville, passed away peacefully at home, surrounded by her loving family, on Wednesday morning, October 9, 2019. She had been in declining health for the last several months. Born in Vineland and raised... View Obituary & Service Information

The family of Joann Rice created this Life Tributes page to make it easy to share your memories.

Send flowers to the Rice family.