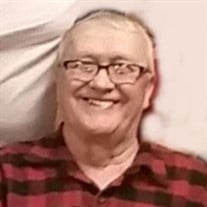 Jerry Buchanan Robbins, age 81 of Millville, passed away Thursday morning, July 8, 2021 at home, surrounded by his loving family, where he succumbed to his long battle with cancer. Born in Millville to the late John and Helen (Buchanan) Robbins, he attended Millville Public Schools, and was a life long resident. Jerry retired from Wheaton Glass Company as a Moldmaker after 43 years. Jerry was an active member of the Millville Elks Lodge No. 580, and a social member of the American Legion, both in Millville and Ludlow, VT. He loved working in his vegetable garden. He also enjoyed hunting and fishing near his vacation home in Vermont, and spending time with his Vermont friends, as well as spending time at the O.V.T., and the Millville Elks Lodge with his friends. Jerry will be sadly missed by his wife of 62 years, Gail (Hildreth) Robbins; his children, Allen Robbins and his wife Beatrice of Millville, Eugene Robbins of Millville, Jessica Brodsky and husband Larry of Egg Harbor Twp., and Lisa Miletta and husband Frank of Port Elizabeth; eight grandchildren; 23 great grandchildren, many nieces and nephews, and his canine companion Rosie. He was predeceased by his siblings, Lawrence, Richard, Joseph, Phillip, Eugene, Zula, and Phillis. Funeral services will be conducted at 11 a.m. on Thursday, July 15, 2021 in the Christy Funeral Home, 11 W. Broad Street, Millville. Family and friends will be received on Thursday from 9 a.m. to 11 a.m. in the funeral home. Burial will be in Greenwood Memorial Park, Millville. The family requests memorial contributions to be made to the Millville Elks Lodge No. 580, Attn: Special Children's Fund, PO Box 580, Millville, NJ 08332. Memories and expressions of sympathy for Jerry B. Robbins may be shared on the Obituary Tribute Wall at www.christyfuneralservice.com.

Jerry Buchanan Robbins, age 81 of Millville, passed away Thursday morning, July 8, 2021 at home, surrounded by his loving family, where he succumbed to his long battle with cancer. Born in Millville to the late John and Helen (Buchanan)... View Obituary & Service Information

The family of Jerry Buchanan Robbins created this Life Tributes page to make it easy to share your memories.

Send flowers to the Robbins family.