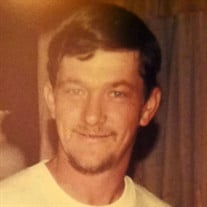 Harold Edward "Crazy Eddie" Cossaboon, Sr., age 64 of Woodbine, passed away peacefully at home, surrounded by his loving family on Friday evening, January 31, 2020. He had been in declining health for the last several years. Born in Millville and raised in Cumberland to the late Floyd and Clarissa (Porter) Cossaboon, Ed attended Millville High School and was a lifelong resident of Millville. Ed was self employed for most of his life and was the well known owner, operator, and auctioneer of Crazy Eddies Auctions for many years. He was also quite a skilled commercial clammer for many years as well. In his spare time, Ed enjoyed fishing, crabbing, gambling, camping, and going to the casinos in Atlantic City. Most of all, however, Ed treasured the time that he was able to share with his family. Ed will be sadly missed by his loving wife of over 37 years Sandra (Lee) Cossaboon of Woodbine; two daughters, Carrie Pereira (Doug Madden) of Heislerville and Valerie Greene (Jeremy) of Millville; two sons, Eddie Cossaboon, Jr. (Amanda Hellein) of Townsend, Delaware and Wesley Cossaboon (Candice Petrella) of North Cape May; ten grandchildren, Mariah, Emily, Ryan, Haleigh, Johnny, Danica, Brielle, Tanner, Jaxon, Presley; seven step-grandchildren; many brothers, sisters, nieces, nephews, and cousins; and his loving pug, Secret. He was predeceased by two brothers, Harry Cossaboon and Howard Cossaboon; and three sisters, Sara Burcham, Grace Burcham, and Barbara Whilden. A funeral service for Ed will be conducted on Thursday, February 6, 2020 at 11:00 a.m. in the Christy Funeral Home, 11 W. Broad Street, Millville. Family and friends will be received from 10 to 11 a.m. in the funeral home. Burial will be in Haleyville Cemetery, Haleyville. Memories and expressions of sympathy from Harold Edward Cossaboon, Sr. may be shared on the Obituary Tribute Wall at: www.christyfuneralservice.com.

Harold Edward "Crazy Eddie" Cossaboon, Sr., age 64 of Woodbine, passed away peacefully at home, surrounded by his loving family on Friday evening, January 31, 2020. He had been in declining health for the last several years. Born in Millville... View Obituary & Service Information

The family of Harold Edward "Crazy Eddie" Cossaboon, Sr. created this Life Tributes page to make it easy to share your memories.

Send flowers to the Cossaboon, family.