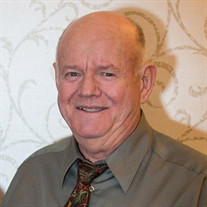 Gene Carl Hogan Sr., age 71 of Millville, passed away Thursday, April 9, 2020 at his residence surrounded by his loving family. Gene was born and raised in Millville to the late Russell R. and Doris (Slimmer) Hogan Sr., and he graduated from Millville High School, Class of 1967. He then joined the United States Army and served three years during the Vietnam War. Once Gene returned to Millville he began working for Armstrong Cork Co. as a Trouble Shooter, and after 31 years, he retired from Ball Foster as a Shift Foreman. For the next five years he worked as a Computer Programmer for Select Security in Philadelphia, PA. He then worked as an Electrical Engineer for T-Fal for three years, where he traveled around the country training other technicians. During his final years of employment, Gene worked as a Security Contractor for Admiral Security in Bethesda, MD where he was contracted through Atlantic Electric and retired. Gene was a former member of the Pentecostal Church of God in Millville, where he served as a Deacon, the church accountant and a worship leader. He was a current member of the Millville Church of the Nazarene. He was an avid hunter, and enjoyed hunting with his family and friends. He also enjoyed traveling with his wife in their motorhome across country. He was a well-liked guy, who never met a stranger. Gene had many friends and could make anyone laugh. He will be sadly missed by all. Gene is survived by his loving wife of 52 years Irma (Pacheco); two sons, Gene Hogan Jr. (Donna) of Millville, and twin son Michael Hogan of Laurel Lake; his siblings, Edna Misner (Roger) of Cedarville, Paula Hoffman of FL, and John Hogan (Denise) of Milmay; two grandchildren, Kristen Lutz (Matthew), and Bryan Hogan; nieces, nephews and many extended family members. He was predeceased by a twin son Maurice Hogan; and one brother Russell Hogan Jr. To ensure the safety of our families from the ongoing Covid-19 crisis, private graveside services will be in Mt. Pleasant Cemetery, Millville. Arrangements are under the direction of Christy Funeral Home, Millville. The family requests memorial contributions to the Millville Church of the Nazarene, 2201 E. Main Street, Millville, NJ 08332. Memories and expressions of sympathy for Gene Hogan Sr. can be shared on the Obituary Tribute Wall at www.christyfuneralservice.com.

Gene Carl Hogan Sr., age 71 of Millville, passed away Thursday, April 9, 2020 at his residence surrounded by his loving family. Gene was born and raised in Millville to the late Russell R. and Doris (Slimmer) Hogan Sr., and he graduated... View Obituary & Service Information

The family of Gene Carl Hogan Sr. created this Life Tributes page to make it easy to share your memories.