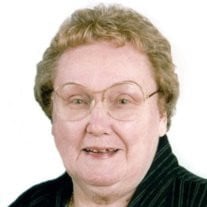 Flora Elizabeth “Betty” (Wettstein) Lippincott, age 80 of Millville, passed away Wednesday, December 4, 2013 at her residence. She had been in declining health. Born and raised in Millville, she graduated from Millville High School, and was a life long resident. Mrs. Lippincott was a homemaker. For many years she worked as the church secretary at both Trinity United Methodist Church and Fourth United Methodist Church in Millville, where she was a very active member at both churches. She was also active with the Millville Jaycees. Mrs. Lippincott loved doing crossword puzzles and crafts, watching game shows on her television, and catalog shopping. Mrs. Lippincott is survived by her three sons, Sumner Bruce Lippincott and wife Terry of Ocean City, Barry Nelson Lippincott of Millville, and Michael Charles Lippincott and wife Beverly of Millville; her siblings, Joyce E. Vanaman, Dale E. Wettstein and wife JoAnn, and JoAnne Weatherby and husband Richard; one sister in law Helen Wettstein; five grandchildren, Bryan (Shannon) of Glassboro, Benjamin of Mays Landing, Bryce and wife Tamara of Vineland; Matthew of Millville, and Sarah of Millville, who was her only granddaughter; one great granddaughter Sparrow Brighton Lippincott; her Goddaughter Kristi Wettstein Garton; her favorite dog Buddy; and many nieces and nephews. She was predeceased by her husband Sumner N. Lippincott in 2012; her parents, Charles and Elizabeth (Thompson) Wettstein; and one brother Charles Wettstein. Funeral services will be conducted at 11 a.m. on Monday, December 9, 2013 in the Christy Funeral Home, 11 W. Broad Street, Millville. Family and friends will be received on Monday from 9 to 11 a.m. in the funeral home. Burial will be in Mt. Pleasant Cemetery, Millville. The family requests memorial contributions to The Shirley Eves Center, 313 N. 10th Street, Millville, NJ 08332 or to the Fourth United Methodist Church, 308 Kates Blvd., Millville, NJ 08332. Memories and expressions of sympathy for Flora Lippincott may be shared on the Obituary Tribute Wall at: www.christyfuneralservice.com.

Flora Elizabeth &#8220;Betty&#8221; (Wettstein) Lippincott, age 80 of Millville, passed away Wednesday, December 4, 2013 at her residence. She had been in declining health. Born and raised in Millville, she graduated from Millville... View Obituary & Service Information

The family of Flora E. "Betty" Lippincott created this Life Tributes page to make it easy to share your memories.

Send flowers to the Lippincott family.