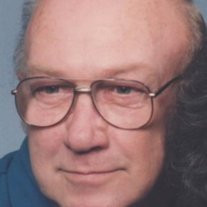 Everett Paul Watson, age 84 of Millville, passed away, Sunday, August 11, 2013 at Inspira Medical Center, Vineland, where he had been in declining health for many years. He was born and raised in Millville, and he graduated from Millville Memorial High School. Mr. Watson was the Service Manager for Dalton’s Appliances, and then he started his own upholstery business for many years. Following that, he worked as a glass worker for Owens Illinois in Bridgeton, where he belonged to the Electricians Union, and then he worked for Kontes Glass in Vineland as a machine operator and retired in 1994. Mr. Watson enjoyed model railroads-HO gauge, and collecting model race cars and Hess trucks. Mr. Watson is survived by his wife Sama Ann (Hayes); his children, Paul F. Watson and wife Terri L. of Hollywood, FL, Lawrence J. and wife Linda (Murphine) of Laurel Lake, William Hewitt and wife Colleen of Millville, and Jenn Hewitt of Millville; one sister Marion of California; seven grandchildren, Chris Watson of FL. Billy Watson of Laurel Lake, Danielle Robinson of PA, Brooke Watson of Laurel Lake, Ryan, Nichole and Bill Hewitt of Millville; and two great grandchildren. He was predeceased by his first wife Gladys E. (Brown); one son Michael; and one sister Betty Hedden. Funeral services will be conducted at 11 a.m. on Thursday in the Christy Funeral Home, 11 W. Broad Street, Millville. There will be a viewing on Thursday from 9 to 11 a.m. in the funeral home. Burial will be in Mt. Pleasant Cemetery, Millville. Memories and expressions of sympathy for Everett Paul Watson may be shared on the Obituary Tribute Wall: Christyfuneralservice.com.

Everett Paul Watson, age 84 of Millville, passed away, Sunday, August 11, 2013 at Inspira Medical Center, Vineland, where he had been in declining health for many years. He was born and raised in Millville, and he graduated from... View Obituary & Service Information

The family of Everett Paul Watson created this Life Tributes page to make it easy to share your memories.

Send flowers to the Watson family.