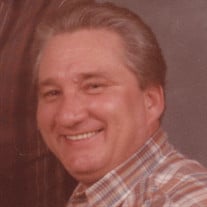 Edward H. Beswick, age 74 of Millville, passed away Saturday October 14, 2017 at the New Jersey Veterans Memorial Home in Vineland. Born and raised in Camden to the late James F. Beswick and Elva (Jerrell), he graduated from Woodrow Wilson High School, Class of 1961. He joined the United States Army and served during the Cuban Crisis. Edward married, moved to Dividing Creek, and began working for Owens Illinois. He then worked for Pennsylvania Glass Sand in Newport, before taking the position as a Technician with the State of New Jersey Department of Labor, where he worked for over 15 years and retired. Edward was a long time member of the American Legion Nabb-Leslie, Post No. 82 of Millville, where he served as Past Commander. He was a master carpenter, and he enjoyed hunting, fishing and playing horseshoes. He also enjoyed watching the Eagles, the Phillies, the Flyers, and NASCAR. He favored listening to The Oldies and Country Music, but most of all, he loved his family, friends and people. Edward will be sadly missed by his wife Dorothy (Remetta); one son Darren John Beswick of Opelika, AL; three sisters, Frances Mullen of KY, Bonnie Hacker of Newfield, and Edna Mehmet of Haddonfield; his half siblings, James F. Beswick of FL, Edith Kelly of Mays Landing, and Carol New of Mays Landing; and many nieces and nephews. He was predeceased by one son Edward James Beswick in 2014; and one sister Mary Gregory. A private memorial service will be held at the convenience of the family. Arrangements are under the direction of Christy Funeral Home, Millville. The family requests memorial contributions to Holy Redeemer NJ Hospice, 521 Moredon Road, 2nd Floor, Huntingdon Valley, PA 19006, or Alzheimer's Association Delaware Valley Chapter, 399 Market Street, Suite 102, Philadelphia, PA 19106, or New Jersey Veterans Home Welfare Fund, Attn: Volunteer Services, 524 N. West Blvd., Vineland, NJ 08360. Memories and expressions of sympathy for Edward H. Beswick may be shared on the Obituary Tribute Wall at www.christyfuneralservice.com.

The family of Edward H. Beswick created this Life Tributes page to make it easy to share your memories.

Send flowers to the Beswick family.