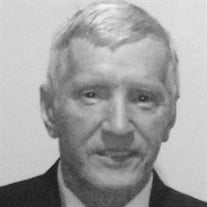 Donald "Rick" F.W. Ordile, age 67 of Millville, passed away suddenly and unexpectedly, Tuesday, October 25, 2016 at Cooper Medical Center, Camden. Born in Vineland to the late Placid and Evelyn (Holloway) Ordile, Rick grew up in Ocean City, and graduated from Middle Twp. High School, Class of 1968. He then graduated from Rutgers State University. Rick moved to Millville in 1972, and has been a resident for 44 years. For 15 years Rick worked for Wheaton Glass Co., and then he worked for Comar Glass Co. for eight years. For the past 15 years, he was currently working for Laboratory Supply Distribution in Millville, where he was planning to retire at the end of this year. Rick was an active and former member of The Second United Methodist Church and was currently a member of The Fourth United Methodist Church, both in Millville. He volunteered with Ranch Hope and Habitat for Humanities, and he enjoyed visiting shut-ins. Rick was an avid recycler, and was always a caring friend to anyone in need. Rick is survived by his ex-wife, Dar Stratton of FL; his children, Chrissy Ordile and husband Bob Gallaher of FL., and Anthony Ordile of NJ; his twin sister Catherine Johnson and husband Garry; two nephews, James McHugh and wife Pam, and John Kirchman and wife Carol; and three nieces, Donna Mills and husband Brian, Staci Shimp and husband Chris, and Rebecca Johnson and husband Albert Schaf; and many great nieces, nephews and extended family. He was predeceased by one daughter Nicole Faith Ordile; and one sister and brother in law, Roberta and Donald McHugh. A Memorial service will be conducted at 11 a.m. on Saturday, October 29, 2016 in the Fourth United Methodist Church, Third St., and Kates Blvd., Millville, where family and friends may call from 10 to 11 a.m. in the church. Burial will be private at the convenience of the family. Arrangements are under the direction of Christy Funeral Home, Millville. Memories and expressions of sympathy for Donald "Rick" Ordile may be shared on the Obituary Tribute Wall at www.christyfuneralservice.com.

The family of Donald "Rick" Ordile created this Life Tributes page to make it easy to share your memories.

Send flowers to the Ordile family.