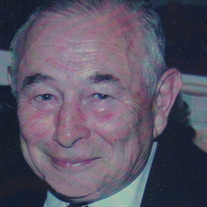 Dick Kott, age 80 of Millville, passed away Sunday evening, October 23, 2016 at his residence, with his family by his side due to complications with cancer. Born and raised in Vicksburg, MI to the late Lowell F. and Hazel (Everitt) Kott, Dick graduated from Vicksburg High School, Class of 1954. He then enlisted in the United States Marine Corp. and served from 1954 to 1962 during the Korean War, where he obtained the rank of Sergeant E5. Serving as a U.S. Marine was something Dick was always proud of. While ending his service obligation in Kansas City, he married, moved back to Vicksburg, MI., and in 1974 Dick and his family moved to Millville. For 20 years, Dick worked as a Supervisor for Progresso Quality Foods in Vineland and retired. He was a member of the First Presbyterian Church on Maurice River in Millville, where he served as an Elder. He was also a member of the Loyal Order of Moose, Lodge No. 2488 in Millville. For many years Dick coached Little League, and he loved country line dancing, golfing, bowling, fishing, hunting, and trapping. He was was an avid Michigan fan, and he was known as the Cabana Boy, but most of all, he enjoyed spending time with his family. Dick will be sadly missed by his wife of 56 years, Joan (Mitchell); his children, Kathy Born of PA, Debra Greco and husband Paul of PA, Rick Kott and wife Michelle of Millville, and Bill Kott and wife Lisa of PA; his siblings, Doris Noel and Chuck Gross; 13 grandchildren; one great grandchild; and many nieces and nephews. He was predeceased by his siblings, Mary Lou Kirchenbauer, Wanda Parsons, and Dick Lowdin. Funeral services will be conducted at 1:30 p.m. on Saturday, October 29, 2016 in the Christy Funeral Home, 11 W. Broad Street, Millville. There will be a viewing on Saturday from 11:30 a.m. to 1:30 p.m. in the funeral home. Burial will be in Mt. Pleasant Cemetery, Millville. The family requests memorial contributions to the American Cancer Society, 1851 Old Cuthbert Road, Cherry Hill, NJ 08034. Memories and expressions of sympathy for Dick Kott may be shared on the Obituary Tribute Wall at www.christyfuneralservice.com.

Dick Kott, age 80 of Millville, passed away Sunday evening, October 23, 2016 at his residence, with his family by his side due to complications with cancer. Born and raised in Vicksburg, MI to the late Lowell F. and Hazel (Everitt) Kott,... View Obituary & Service Information

The family of Dick Kott created this Life Tributes page to make it easy to share your memories.

Send flowers to the Kott family.