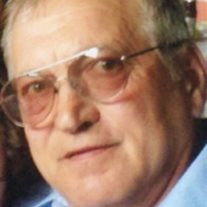 Dennis W. Brown Sr., age 60 of Millville, died Wednesday, February 5, 2014 at Jefferson University Hospital, Philadelphia, PA, after a brief illness. Mr. Brown was born in Elmer and grew up in Aldine. He graduated from Woodstown High School, class of 1970, and worked for Kerr Glass Co. He had owned his own home improvement company, D & J Home Improvement. He also worked for E.D.B. Construction Co., and most recently, he worked for Home Depot in Vineland, retiring on a disability. Mr. Brown was a member of the Millville Elks Lodge No. 580 and the Fraternal Order of the Eagles Aerie 1836, both of Millville. He was also a member of the Sons of the American Legion. Mr. Brown enjoyed reading, wood crafting, taking fishing trips, and spending time with his family and friends. Mr. Brown is survived by his wife Frances (Stretch); three sons, Dennis W. Brown Jr. and Beverly of Millville, Eric David Brown and Angela of PA, and Jason R. Brown and Stephanie of Millville; his mother Evelyn Rider; three brothers, Raymond Brown and Terri of Alloway, Mark Brown and Wendy of Glassboro, and Dale Brown and Michelle of Carney’s Point; one sister Beth Ann Sikking and Daniel of Dorothy; ten grandchildren; and one great granddaughter. He was predeceased by his father Russell Brown. A Celebration of Life will be held Sunday, February 23, 2014 at the Elks Lodge of Millville, 1815 E. Broad Street, Millville from 12 to 5 p.m. In lieu of flowers, the family requests donations to the Brown Family Memorial Fund for Fran Brown at www.GoFundMe.com/6s6l20. Arrangements are under the direction of Christy Funeral Home, Millville. Memories and expressions of sympathy for Dennis Brown Sr. may be shared on the Obituary Tribute Wall at: www.christyfuneralservice.com.

The family of Dennis W. Brown Sr. created this Life Tributes page to make it easy to share your memories.