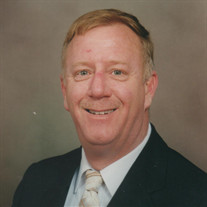 Dale T. Morgan, 66 of Millville, passed away peacefully at home on June 12th, 2021. Dale was born on June 5, 1955 to the late Thomas and Jeanne (White) Morgan . He graduated Vineland High School in 1973 and joined the US Navy. Dale served as active duty Navy for 8 years, stationed in various foreign ports most notably Bermuda for his last 3 years. He then joined the Naval reserves and served an additional 23 years, his final 2 in the Army National Guard. His main function in the Navy was as Mess Management Specialist, he did a short stint as a Recruiter and was deployed during Desert Storm for 5 months. In 1991, he married his wife Janet (Hornsey) Morgan after a 10 year courtship. Upon completing his Active Duty service he went on to earn his Bachelor’s degree in Psychology from Montclair State College and an Associates degree in Culinary Arts from Atlantic Community College. After college he was employed as a baker at Resorts Casino, then a Dietician at Genesis Nursing Home. In Oct 1989 he was part of the Activation team at FCI Fairton where he was originally employed as a Cook Supervisor and then later as a VT instructor mainly for culinary arts along with various other trades until his retirement in June 2012. He enjoyed volunteering throughout his life including helping his children and grandchildren’s classes when there were cooking lessons in their curriculum, as an EMT for Millville Rescue squad, in the dietary dept of Inspira Hospital, Atlantic City & Millville Air Shows, 2nd Friday dinners at Bayshore Center in Bivalve, and at the Landis Theatre in Vineland. He is best known for his volunteering at the Levoy Theatre in Millville for the last 9 years, where he would do anything that was needed for the show to go on. Many guests at the Levoy knew him as the funny guy who would either greet them at the door or ask if they wanted their water diet or regular at concessions. He is survived by his wife Janet, daughters Kimberly (Henry) Ackerman of Vineland, Christy (Doug) Whitaker of Millville and Melissa (Mike) Mills of Fallston MD, grandchildren Frankie Hricak, Robbie Smith, Korin Hricak, Joshua Whitaker , Taylor Whitaker , Mikey Mills & Molly Mills, numerous sister-in-laws, brother-in-laws, nieces and nephews. He was predeceased by his parents, half-brother Larry Hennesey, step-parents Joan and Stanley Wandland, and step-brothers, Paul Maurrone, John Morris & Jaime Morris. Dale and his wife loved cruising, and made many friends of other passengers and crew members. They tried to cruise monthly once they were both retired. They had completed 56 cruises since their 1st in 1991 for their honeymoon. Funeral services will be conducted at 11 a.m. on Thursday, June 17, 2021 at the Levoy Theatre, 126-130 N. High Street, Millville. Family and friends will be received on Wednesday from 6 to 8 p.m. in the Christy Funeral Home, 11 W. Broad Street, Millville, and Thursday from 10 to 11 a.m. in the Levoy Theatre. Burial with Military Honors will be in the Cumberland County Veterans Cemetery, Bridgeton. In lieu of flowers, the family requests memorial contributions to the Levoy Theatre, 126-130 N. High Street, Millville, NJ 08332. Memories and expressions of sympathy for Dale T. Morgan may be shared on the Obituary Tribute Wall at www.christyfuneralservice.com.

Dale T. Morgan, 66 of Millville, passed away peacefully at home on June 12th, 2021. Dale was born on June 5, 1955 to the late Thomas and Jeanne (White) Morgan . He graduated Vineland High School in 1973 and joined the US Navy. Dale served... View Obituary & Service Information

The family of Dale T. Morgan created this Life Tributes page to make it easy to share your memories.

Dale T. Morgan, 66 of Millville, passed away peacefully at home...

Send flowers to the Morgan family.