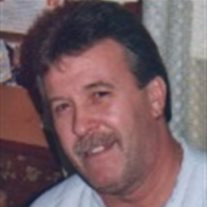 Clarence Charles “Shorty” Sharp Sr., age 53 of Bridgeton passed away Wednesday, January 22, 2014 at Inspira Medical Center, Vineland after a lengthy illness. Born and raised in Millville, he graduated from Millville High School, class of 1978. For 18 years, Mr. Sharp worked as a Corrections Officer at Bayside State and Southern State Prisons, and he retired from the Federal Prison in Fairton. Prior to that, Mr. Sharp worked for the Cumberland County Board of Social Services. As a young child, he played in the Little League through Babe Ruth League as a catcher for Carpani’s Baseball Team for 13 years. He was a member of the Mauricetown Gunning Club. He enjoyed hunting, fishing, bay crabbing, cooking, and he was an avid gardener. Mr. Sharp is survived by his fiancée Katie Young; his children, Heather Sharp of Vineland, and Clarence Charles “Charlie” Sharp Jr. of Millville; three stepdaughters, Stephanie, Heather and Michele; one brother Fred Sharp Jr. and his wife Georgia of Frederick, Maryland; one sister Wanda Slezak and her husband George of Clinton, MD; three grandchildren, Dylan Selfridge, Emma Glassman and Jerry Evans III; two nephews; two nieces; and his dog Bubba. He was predeceased by his parents, Fred W. and Lois Elaine (Mathers) Sharp. Funeral services will be conducted at 11 a.m. on Tuesday, January 28, 2014 in the Christy Funeral Home, 11 W. Broad Street, Millville. There will be a viewing on Tuesday from 9 to 11 a.m. in the funeral home. Burial will be private at a later date. In lieu of flowers, the family requests memorial donations in Clarence’s name to the American Heart Association, 1 Union St., Suite 301, Robbinsville, NJ 08691 or to Deborah Hospital Foundation, 212 Trenton Road, PO Box 820, Browns Mills, NJ 08015. Memories and expressions of sympathy for Clarence Sharp Sr. may be shared on the Obituary Tribute Wall at: www.christyfuneralservice.com.

The family of Clarence C. "Shorty" Sharp Sr. created this Life Tributes page to make it easy to share your memories.