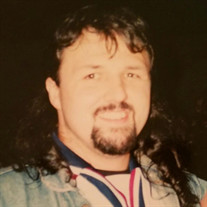 Christopher Martin Kline, age 50 of Estell Manor, passed away suddenly on Thursday, March 11, 2021, at Cooper University Hospital in Camden, after a brief illness. Born in Allentown, PA and raised in Emmaus, PA and Roadstown, NJ to the late Harry and Bonnie (Stamm) Kline, Chris attended Stow Creek Elementary School and then graduated from Cumberland Regional High School, Class of 1988. He went on to earn his Bachelor of Science degree in Management from Lebanon Valley College in Annville, PA, Class of 1992. He was still a proud member of the Philo (Phi Lambda Sigma) Fraternity. After college, Chris went to work for Transworld Entertainment ("The Wall" music stores), where he was a store manager for over eight years. While working at The Wall, Chris met his wife Lisa at a business conference, and they were married on June 26, 1999. They shared nearly 22 years of marriage together and lovingly raised their two sons, Alex and Max. In 2000, Chris began a career as a Risk Analyst, working at Minotola National Bank which later became Susquehanna Bank. In 2010, Chris went to work as a Risk Analyst for Simpay for about a year until he became disabled and was no longer able to work. Chris was no stranger to hard work and always went the extra mile, with an unwavering work ethic to get the job done. Chris was a big NFL fan and loved the New Orleans Saints. He also enjoyed following the New Jersey Devils and Baltimore Orioles. He was also a passionate fantasy football fan, eagerly anticipating every new season. Chris was a huge Star Wars fan and took great pride in knowing the lines to all the movies. Attending concerts with his wife Lisa was one of his favorite pastimes. He absolutely loved going to heavy metal and rock 'n roll concerts, especially to see Iron Maiden. He was well known for his extensive collection of concert memorabilia. Guitar picks, drum sticks, set lists, and any type of item used in the concert were items that Chris would sometimes wait hours for the chance to receive once the concerts were finished. He always was able to find some type of item from each concert they attended, and had an extensive collection of T-shirts and ticket stubs from every concert. Most of all, Chris loved his family with all his heart, and treasured the time that he was able to share with them over the years. Chris will be sadly missed by his loving wife Elizabeth "Lisa" (Korsten) Kline of Estell Manor; two sons, Alexander and Maximillian of Estell Manor; one brother Sherman Kline and wife Joan of Hopewell; one sister Katie Kline of Marlton; one uncle Tim Stamm of Emmaus, PA; two aunts, Sue Mincavage and husband Joe of Tamaqua, PA and Shelly Berg and husband Dana of Schnecksville, PA; many nieces, nephews, and cousins; many friends that he has made over the years; and his two loving cats, Spike and Sammy. He was predeceased by his aunt Heather Vassa. A funeral service for Chris will be conducted on Saturday, March 20, 2021 at 5:00 p.m. in the Christy Funeral Home, 11 W. Broad Street, Millville. Family and friends will be received from 3 to 5 p.m. in the funeral home. Burial will be private at the convenience of the family. Please remember to practice social distancing while in the funeral home. Also, masks are required to be worn in the funeral home at all times. Memories and expressions of sympathy for Christopher Martin Kline may be shared on the Obituary Tribute Wall at: www.christyfuneralservice.com.

Christopher Martin Kline, age 50 of Estell Manor, passed away suddenly on Thursday, March 11, 2021, at Cooper University Hospital in Camden, after a brief illness. Born in Allentown, PA and raised in Emmaus, PA and Roadstown, NJ to the... View Obituary & Service Information

The family of Christopher M. Kline created this Life Tributes page to make it easy to share your memories.

Send flowers to the Kline family.