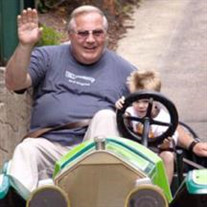 Chief Thomas Patrick Haas, age 60 of Millville, passed away Thursday, November 10, 2016 at Inspira Medical Center, Vineland surrounded by loving family and friends. Tom was born in Millville to the late Richard and Marie Haas, 14 November 1955. He graduated Millville Sr. High School in 1973. Tom entered the U.S. Air Force in December 1973 and served honorably for eight years. Tom was trained as a jet engine technician and eventually rose to the rank of E-5 and lead C-5 Galaxy Crew Chief. His crew chief duties took him around the world, and he was awarded with the Air Force Longevity Service Ribbon, National Defense Service Medal, Air Force Good Conduct Medal/Bronze Oak Leaf Cluster and Air Force Outstanding Unit Award with three Bronze Oak Leaf clusters. Tom was a volunteer firefighter for the City of Millville for nearly a decade. His love and passion carried him to augment the New Jersey Forest Fire Service as well. In the spring of 1985, Tom graduated from Sea Girt Police Academy and was recruited by the Millville Police Department proudly advancing to the rank of Chief during a career spanning 30 years. The three years he served as Chief gave him the greatest gratification and honor. Tom was the definition of a great man. He was an honest, kind-hearted person who always put his family first. With his hard-working attitude, he found satisfaction in helping others through serving his country and community. His sense of humor touched everyone he met. Tom, also fondly referred to as MacGyver, had the innate skills to improvise and creatively build and repair almost anything. He is survived by his loving wife Robin (Chance) of 39 years; daughter Christi and husband Scott Holbrook of Andrews AFB; and grandsons, Caleb and Ethan Holbrook. Tom is also survived by his four siblings; James Haas and wife Edie of W. Virginia; Barbara Lee of California; Nancy McCloy and husband Bob of Millville, and Kathleen Terry and husband Dave of Millville; two sisters in law, Irma and Kathy Chance, both of Millville; and his beloved German Shepherd, Holly. Tom is also survived by several nieces and nephews. Tom was predeceased in death by his two brothers Richard and Vincent (Skip) Haas. Funeral services will be conducted at 12 noon on Wednesday, November 16, 2016 in the Cumberland County Community Church, 1800 E. Broad Street, Millville. There will be a viewing on Wednesday from 9 a.m. to 12 noon in the church. Burial will be in Greenwood Memorial Park, Millville. Arrangements are under the direction of Christy Funeral Home, Millville. The family requests memorial contributions to the Cumberland County Community Church, 1800 E. Broad Street, Millville, NJ 08332. Memories and expressions of sympathy for Chief Thomas P. Haas may be shared on the Obituary Tribute Wall at www.christyfuneralservice.com.

The family of Chief Thomas Patrick Haas created this Life Tributes page to make it easy to share your memories.

Send flowers to the Haas family.