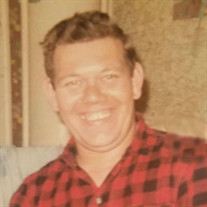 Chester Boyd Riggins, age 84 of Millville, passed away peacefully on Thursday, December 3, 2020, after a brief illness, at Inspira Medical Center, Vineland. Born and raised in Millville to the late Franklin Sr. and Anna (Hatcher) Riggins, Chet was a lifelong Millville resident, attending Millville High School. Chet met his loving wife Barbara at a skating rink in Bridgeton. They were married on a snowy day, January 26, 1959 and shared over 61 years of marriage together. Chet worked as a pallet loader at Armstrong Cork Co., (later Kerr Glass, then Foster Forbes) for several years, and moved to the mold shop, where he worked another 29 years. He then went on to work as a custodian for the Millville Board of Education at Rieck Avenue School in 1985, and retired in 2012 after 27 years of faithful service. Chet enjoyed bowling and loved watching Eagles football and Phillies baseball. He was a passionate Millville Thunderbolts High School Football fan, and for many years, he never missed a game. He also treasured the time that he was able to share with his family, especially his grandchildren. Chet will be sadly missed by his loving wife Barbara (Burchett) Riggins of Millville; his son Stephen Riggins and wife Suzanne of Vineland; three brothers, Franklin Jr. and wife Diane, Vernon, and Russell Riggins; one sister Ruth Holmes and husband William; three grandchildren, Monica, Andy and wife Emily, and Shaun; and many nieces, nephews, and cousins. He was predeceased by his daughter Lillian Riggins in 2014, and his sister Elva. A Funeral Service for Chet will be conducted on Wednesday, December 9, 2020 at 12:30 p.m. in the Christy Funeral Home, 11 W. Broad Street, Millville. Family and friends will be received from 11:30 a.m. to 12:30 p.m. in the funeral home. Burial will be in Greenwood Memorial Park, Millville. Please remember to practice social distancing while in the funeral home and the cemetery. Also, masks are required to be worn in the funeral home at all times. Memories and expressions of sympathy for Chester Boyd Riggins may be shared on the Obituary Tribute Wall at: www.christyfuneralservice.com.

The family of Chester B. Riggins created this Life Tributes page to make it easy to share your memories.

Send flowers to the Riggins family.