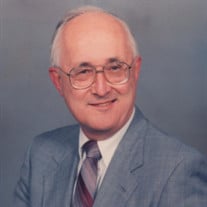 Dr. Charles Phillip Spaeth Jr. DDS, age 83 of Millville, passed away suddenly on Sunday morning, August 6, 2017 at Inspira Medical Center, Vineland. Born in Philadelphia to the late Charles P. Spaeth Sr. and Hannah (Moyer), Charles grew up in Woodbury, and graduated from Woodbury High School. Charles graduated from Wheaton College in Illinois, then went on to graduate from the University of Pennsylvania School of Dentistry. After completing his education, Charles served two years in the Army during the Berlin Wall Episode, and was stationed in St. Louis, MO, where he practiced dentistry as an Army Captain. In 1962, after serving his country in the Army, Charles immediately began the search to purchase a dental practice for sale and settled in Millville. He started small, in a one room office, but he certainly had big ideas. Charles met and married a Pennsylvania schoolteacher, Barbara, and they shared over 53 years of marriage together. Having a deep devotion to his practice and a strong work ethic, Charles was outgrowing his one room dental office and looked to expand his practice. He built the office on High Street, where he practiced until retiring in 2002, after over 40 years of faithfully serving his patients in the community. Charles was an avid sports fan. He especially enjoyed watching the Phillies, and attended many games over the years. Having four sons, Charles had lots of opportunities to attend many of their sporting events. He enjoyed watching their games and giving them lots of advice. Charles was a member of the Faith Bible Church in Vineland for over 37 years, where he served as an usher. He was extremely involved with the Cumberland Christian School, where he served as president of the School Board for many years. Charles was also a Board member of LATCOM, which is an organization serving the people of Bolivia. He also enjoyed spending time outdoors, working in the yard and gardening. Most of all, Charles treasured the time that he was able to spend with his family, especially his grandchildren. Charles will be sadly missed by his wife, Barbara (German) Spaeth; four sons, James Spaeth (Christine) of Cincinnati, OH, Jonathan Spaeth of Millville, Jeffrey Spaeth (Shannon) of Pitman, and Jerrold Spaeth (Kristen) of Denver, CO; 11 grandchildren, Tyler, Hailey, Timothy, Nicole, Jeffrey, Charlie, Jonathan, Caroline, Gabrielle, Lucas, and Caleigh. Funeral Services will be conducted at 6 p.m. on Thursday, August 10, 2017 in the Faith Bible Church, 3139 E. Chestnut Avenue, Vineland. Family and friends will be received on Thursday from 4:30 to 6 p.m. in the church. A private burial will take place in Arlington Cemetery, Drexel Hill, PA. Arrangements are under the direction of Christy Funeral Home, Millville. In lieu of flowers, the family requests memorial contributions to the Cumberland Christian School, 1100 W. Sherman Avenue, Vineland, NJ 08360 or LATCOM, 4133 Ellwood Road, New Castle, PA 16101. Memories and expressions of sympathy for Dr. Charles Spaeth Jr. DDS may be shared on the Obituary Tribute Wall at: www.christyfuneralservice.com.

The family of Dr. Charles Phillip Spaeth Jr. DDS created this Life Tributes page to make it easy to share your memories.