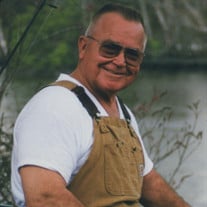 Berwyn C. Kirby (84), longtime resident of Millville, NJ passed away Friday, January 24, 2020. He was born on January 6, 1936, the son of the late George and Thelma (Riley) Kirby. As a proud Thunderbolt, he graduated from Millville High School, Class of 1955. Berwyn was a varsity letterman in four sports in high school, voted best athlete and continued playing football at the University of Miami and Penn State University. He graduated with a Bachelors of Science from Penn State. Teaching Special Education for over 35 years, Berwyn was awarded the honor of Teacher of the Year in 2001. He began his teaching career in Los Angeles, CA before returning to Millville in 1969 where he taught school in Mannington Twp. and Alloway Twp. In 1971, Berwyn established Kirby's Club 31 (named after the Thunderbolts’ 31 game winning streak) and sold the business about 15 years ago. He was also the oldest living member of Venatores Gunning Club. Being an outdoor enthusiast and dedicated environmental advocate, he co-founded Citizens United to Protect the Maurice River and Its Tributaries, Inc. Living on the Manantico Creek, he was instrumental in preserving the character of this pristine paradise. As a leader, Berwyn was actively involved in obtaining the designation of the Maurice River and Its Tributaries to the National Wild and Scenic Rivers Inventory List. Berwyn was a loving and caring husband to his wife Kay for over 60 years. During Kay’s Alzheimer's decline that began ten years ago, he never left her side. Anyone who knew him could see that he was fiercely protective of the people and places he loved. Berwyn is survived by his wife Kay E. (Janecki) Kirby, daughter Marjorie Kirby, daughter Mary Ann Westerfield and her husband David; sister in-law Clara (Hatcher) Kirby; and four grandchildren, Virginia Bixby and fiancé Kosta Gregory, Kaitlyn Moore and husband Bradley, Kayley Westerfield and Kirby Westerfield. He was predeceased by his brother Ellis Kirby; his step-father, Fred Kruger; his step brothers, Fred Kruger Jr. and Charles Kruger as well as step- sister Jean Graiffe. Funeral services will be conducted at 1 p.m. on Wednesday, January 29, 2020 in the Christy Funeral Home, 11 W. Broad Street, Millville, NJ. Family and friends will be received on Wednesday from 10:30 a.m. to 1 p.m. in the funeral home. Burial will be in Mt. Pleasant Cemetery, Millville. Memorial contributions may be made to the Alzheimer's Foundation of America, 322 Eighth Ave., 16th Floor, NY, NY 10001. Memories and expressions of sympathy for Berwyn Kirby may be shared at www.christyfuneralservice.com.

Berwyn C. Kirby (84), longtime resident of Millville, NJ passed away Friday, January 24, 2020. He was born on January 6, 1936, the son of the late George and Thelma (Riley) Kirby. As a proud Thunderbolt, he graduated from Millville High... View Obituary & Service Information

The family of Berwyn C. Kirby created this Life Tributes page to make it easy to share your memories.

Send flowers to the Kirby family.